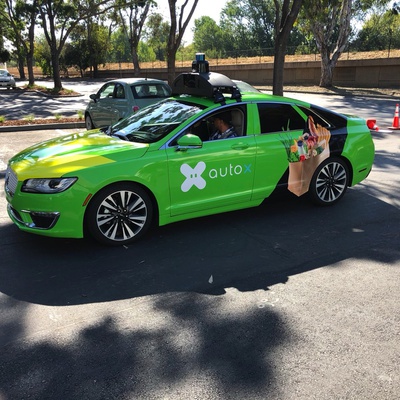 Detroit, Long Beach and San José in California, Miami, and Pittsburgh will include locals in the autonomous vehicle, or AV, deployment planning process—as opposed to car companies coming in and owning the projects.

The pilot cities will confer regularly and share testing and deployment best practices publicly; there are already more than 70 AV pilots worldwide.

“Every pilot is different,” Lilian Coral, director of national strategy and technology innovation at Knight, told Route Fifty. “Many of them focus on integrating the AV pilot into the broader transportation of the city.”

The initiative was inspired by an AV request for information San José issued in 2017 that laid out the city’s mobility issues and asked how companies’ projects might help, instead of just test the technology in a public space.

Detroit’s government is dealing with high unemployment, but an influx of new companies, so its pilot aims to address transportation struggles getting people to and from bus stops to better connect them to jobs.

“That community has been plagued with a lot of air quality issues historically,” Coral said.

San José wants to better integrate AVs with other transit in its diverse downtown area.

And economic development in Pittsburgh has the city trying to create transit options that preserve neighborhoods by reducing single-occupant vehicle trips.

Coral anticipates AV service on the ground in each city within the first two years of the initiative because most have already announced partnerships. The next step is for transportation officials to sit down and plan the design and delivery of self-driving options while soliciting resident feedback.

The pilots could have implications for how cities implement other disruptive technology like e-scooters, Coral said.

“We want to get ahead of all that,” she said. “How can we try and shape this early on working with cities and car companies?”

Oi, you. Equifax. Cough up half a million quid for fumbling 15 million Brits’ personal info to hackers
Twitter says bug may have exposed some direct messages to third-party developers

Hacker Breaches Securus, the Company That Helps Cops Track Phones Across the US

A smart toilet may be the future of IoT healthcare