Welcome to week three of our blog series for “Baseball Americana,” a major new Library of Congress exhibition opening June 29. This is the third of nine posts – we’re publishing one each Thursday leading up to the opening. This week, in recognition of Asian Pacific American Heritage Month, we’re highlighting Library collections that document baseball as played by Japanese-Americans incarcerated in World War II internment camps. 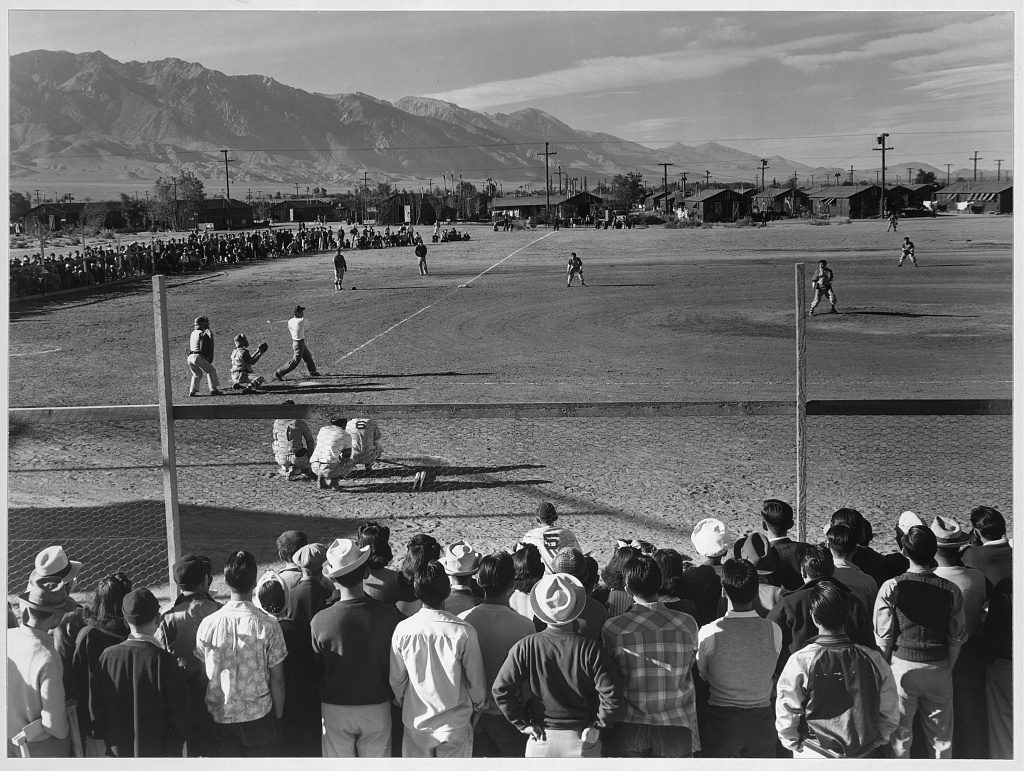 In 1943, Ansel Adams, America’s most-renowned photographer, turned his lens from rugged Western landscapes to a new and tragic subject: the plight of Japanese-Americans held in internment camps during World War II.

Following the Japanese attack on Pearl Harbor in December 1941, President Franklin D. Roosevelt signed an executive order that allowed the forcible removal of nearly 120,000 U.S. citizens and residents of Japanese descent from their homes to government-run camps across the West—desolate places such as Manzanar in the Sierras’ shadow, Heart Mountain in the Rockies, Poston in the Arizona desert. 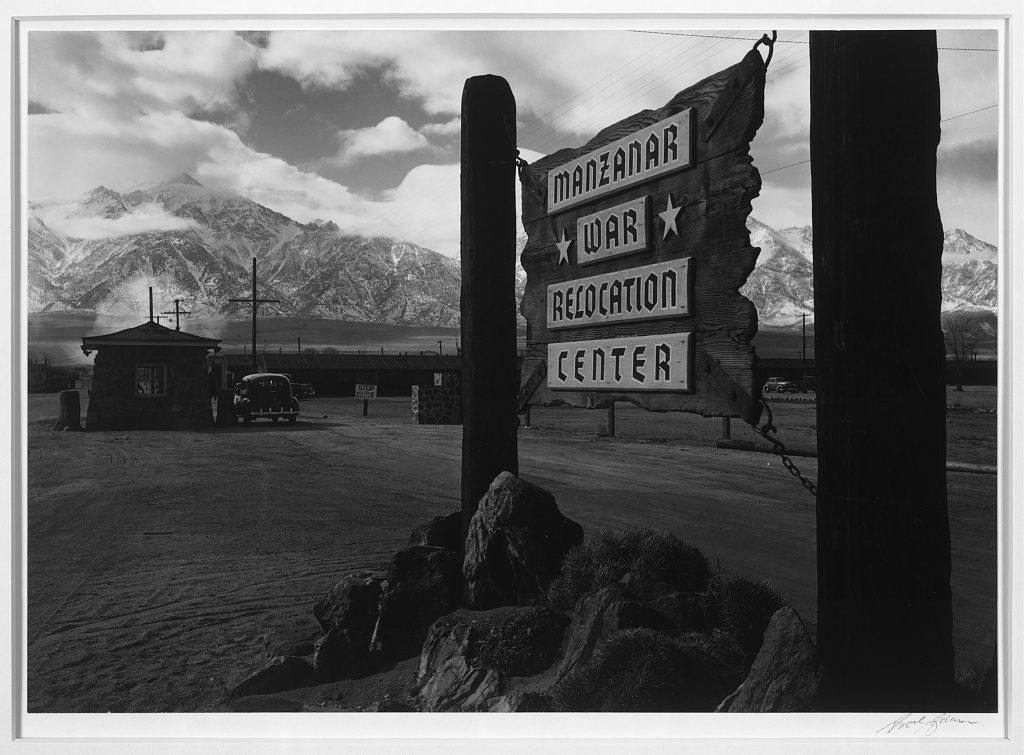 The entrance to the Manzanar War Relocation Center. Photo by Ansel Adams.

They also played: Adams’ images capture internees competing in football, soccer, volleyball, softball and, of course, baseball—described in the camp newspaper as Manzanar’s “king of sports.”

Across the camps, internees organized leagues, played regular season and championship games, kept box scores and statistics and chronicled it all with stories in newspapers they themselves produced.

Today, those newspapers are held by the Library, a collection that includes more than 4,600 English- and Japanese-language issues published in 13 camps and later microfilmed by the Library. In 2017, the Library placed them online. 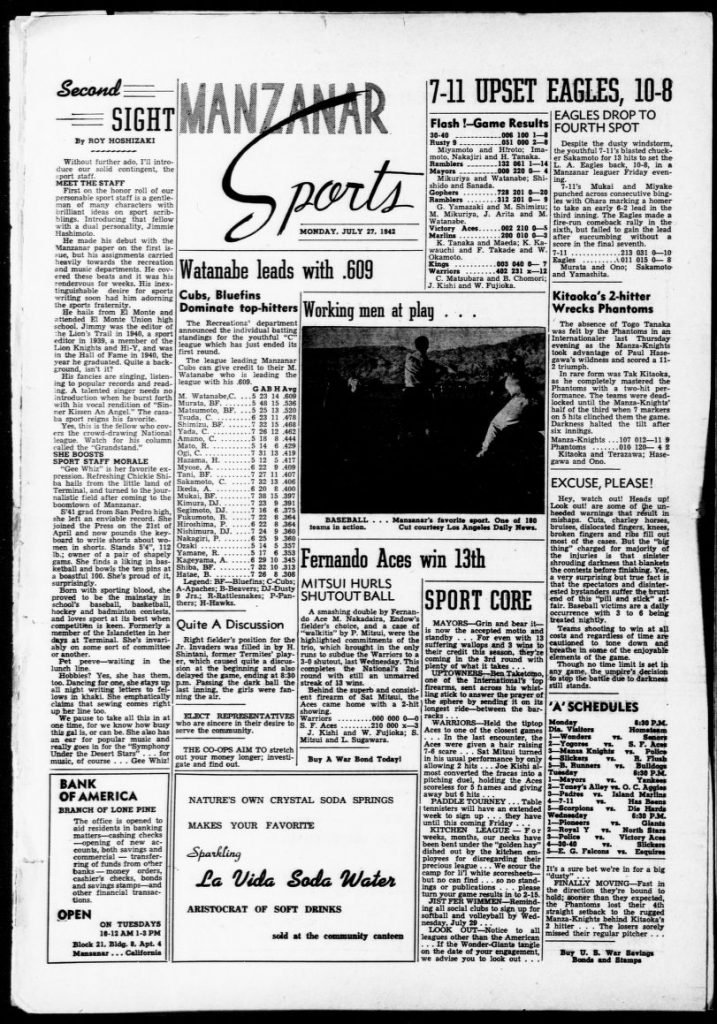 The sports page from the July 27, 1942, issue of The Manzanar Free Press highlights batting statistics, game results and more.

Like those newspapers, Adams’ Manzanar photos also are part of the Library collections.

In 1965, Adams offered the images to the Library for safekeeping for posterity, to ensure that a record of the internees’ experiences behind barbed wire would forever remain accessible to the public.

“The purpose of my work was to show how these people, suffering under a great injustice, and loss of property, businesses and professions, had overcome the sense of defeat and dispair [sic] by building for themselves a vital community in an arid (but magnificent) environment,” Adams wrote in making the offer. “All in all, I think this Manzanar Collection is an important historical document, and I trust it can be put to good use.”

“Baseball Americana” features items from the Library of Congress collections and those of its lending partners to consider the game then and now – as it relates to players, teams and the communities it creates. The Library is partnering with ESPN, Major League Baseball and the National Baseball Hall of Fame and Museum in presenting the exhibition, made possible by the Library of Congress Third Century Fund, the James Madison Council and the Democracy Fund.

PayPal confirms that it is buying payments startup iZettle for $2.2B in an all-cash deal

Why Female Entrepreneurs Have a Harder Time Raising Venture Capital