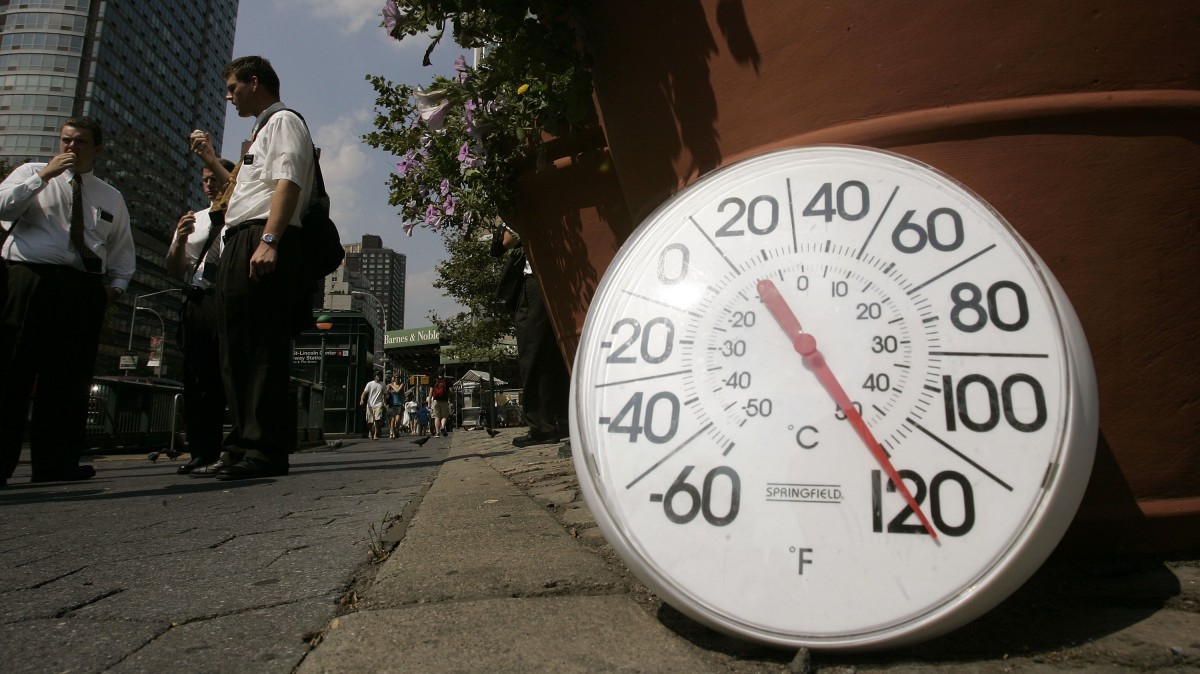 Heat waves are among the world’s deadliest natural disasters, killing more Americans than hurricanes, tornadoes, and earthquakes combined. And they’re only expected to get worse, as human-caused climate change ratchets up their frequency and intensity.

So what can we do to prepare for a future of lethal heat waves?

The good news is that both heat spells and cold snaps are fairly predictable, and “extreme temperature early action systems have proven that they can save lives around the world,” notes a report in Environmental Research Letters published on May 1.

By analyzing weather forecast models, the researchers found that nearly five billion people inhabit regions where extreme temperatures can be forecast. That at least presents the opportunity for establishing early warning systems and action plans. In the thick of heat waves, responders can provide drinking water, set up cooling shelters, and check in on vulnerable citizens, particularly the elderly, the study says.

“We have the ability to prevent a lot of suffering, illness, and death from heat waves and cold waves around the world,” says Erin Coughlan de Perez, lead author of the report and manager of the climate science team at the Red Cross Red Crescent Climate Centre. “We should be able to take action and adapt in a lot of places.”

The study—coauthored by researchers at Columbia University, VU Amsterdam, and other institutions—didn’t assess what portion of those regions already have some kind of warning systems or response plans in place. “But it’s safe to assume that in many of those places they could be improved,” Coughlan de Perez says.

Her group undertook the study in part because the Red Cross wanted to know where bouts of extreme temperatures could be predicted with adequate notice to respond.

Coughlan de Perez says she’s optimistic about how much these programs can help, in part because they’re not actually that expensive. A lot of the work is passing out water and communicating to people to take the problem seriously, which can mainly mean remaining indoors and staying hydrated.

A big problem is that many don’t appreciate the full danger of high temperatures. The direct and immediate effects include heat cramps, heat exhaustion, and heat stroke, which can quickly lead to death without emergency treatment. In many cities, mortality rates increase by 5 percent on heat-wave days, the study notes. Children, the elderly, and pregnant women are particularly vulnerable.

But there are obvious limits to what response plans for short-term events can accomplish. As global temperatures continue to rise in the years to come, broader shifts in infrastructure and practices will be required.

A growing portion of the world’s citizens are expected to install air conditioning, both because of rising temperatures and because more people will be able to afford it. The UN’s Intergovernmental Panel on Climate Change predicts that energy demand for air conditioning will soar by a factor of more than 30 by 2100, undermining broader efforts to slash greenhouse-gas emissions.

Many cities will require extensive adaptions, which can include deploying heat-deflecting building materials, planting far more trees, or designating community cooling centers of the sort that Boston, Chicago, and New York have established.

But another recent study in Environmental Research Letters noted that by the middle to end of the century, temperature and humidity levels could often exceed theoretical limits of human tolerance, threatening to make some parts of the world uninhabitable.