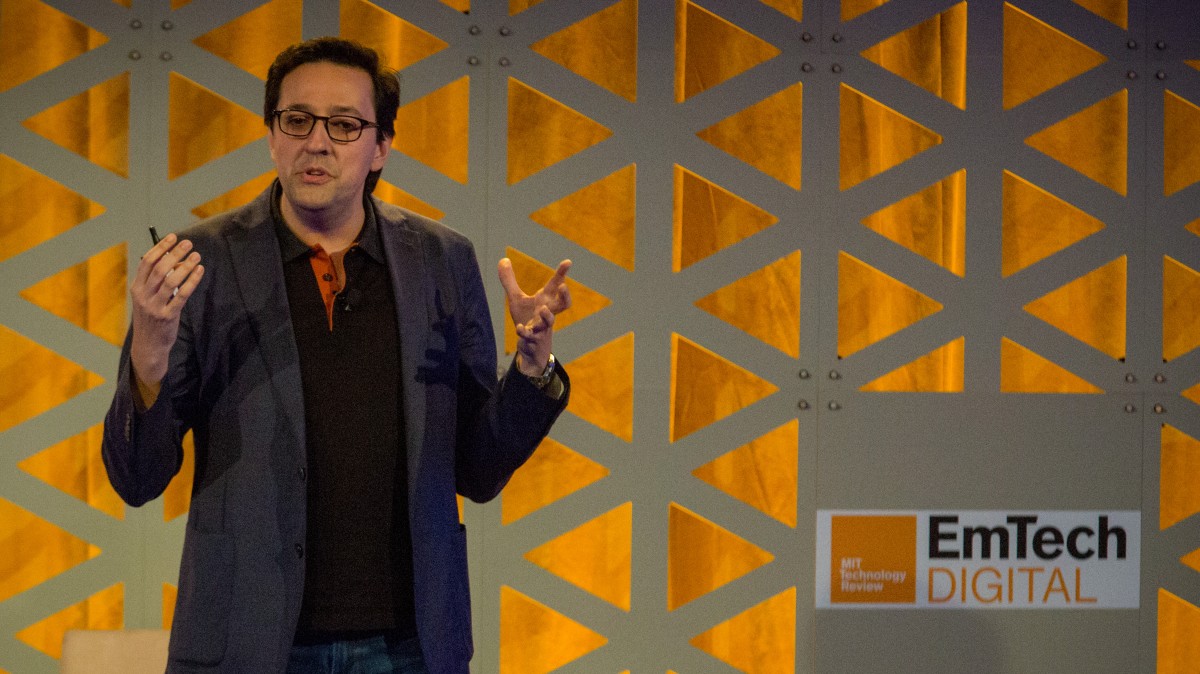 Speaking at MIT Technology Review’s EmTech Digital conference in San Francisco, Dario Gil of IBM said that quantum computers, which take advantage of the mind-bending phenomena of quantum physics, could have a big impact on one of the hottest fields in technology: artificial intelligence.

Unlike classical computers, which store information in bits that are either 1 or 0, quantum computers use qubits, which can exist in multiple states of 1 and 0 at the same time—a phenomenon known as “superposition”. Qubits can also influence one another even when they’re not physically connected, via a process known as “entanglement”.

Thanks to these exotic qualities, adding extra qubits to a quantum machine increases its computing power exponentially (see our qubit counter here). There are still challenges to be overcome. For instance, qubits’ delicate quantum state can be undone by even the tiniest vibration or change in temperature, like a bubble bursting at the slightest touch. This can introduce errors in calculations, though researchers are getting better at reducing these, and there’s hope quantum computers will eventually outperform even the most powerful supercomputers at certain tasks (see: “Google’s close to “quantum supremacy”. Here’s what that really means”).

Machine learning could benefit from these developments. During his talk, Gil, who oversees IBM’s AI research efforts and its commercial quantum computing program, presented the results of a simple classification experiment that involves using machine learning to organize data into similar groups (in this case, dots with similar colors). IBM’s team first ran the task on a quantum machine without entangling the qubits, which produced an error rate of 5%. The second time around it ran the same experiment with the qubits entangled, which produced an error rate of just 2.5%.

What this suggests is that as quantum computers get better at harnessing qubits and at entangling them, they’ll also get better at tackling machine-learning problems. Other companies working on quantum machines, such as California-based startup Rigetti, have highlighted the technology’s potential in AI (see: “A startup uses quantum computing to boost machine learning”).

Gil cautions that what he calls “quantum AI networks” are no match for neural networks running on powerful conventional computers today. But looking further ahead, quantum machines may gain an edge for certain types of AI challenges. “It’s a really great time for the AI community to start exploring this future,” says Gil.

Facebook Acknowledges It Has Been Keeping Records of Android Users’ Calls, Texts
Facebook crisis-management lesson: What not to do

Facebook Acknowledges It Has Been Keeping Records of Android Users’ Calls, Texts

A neuroscientist explains why reality may just be a hallucination