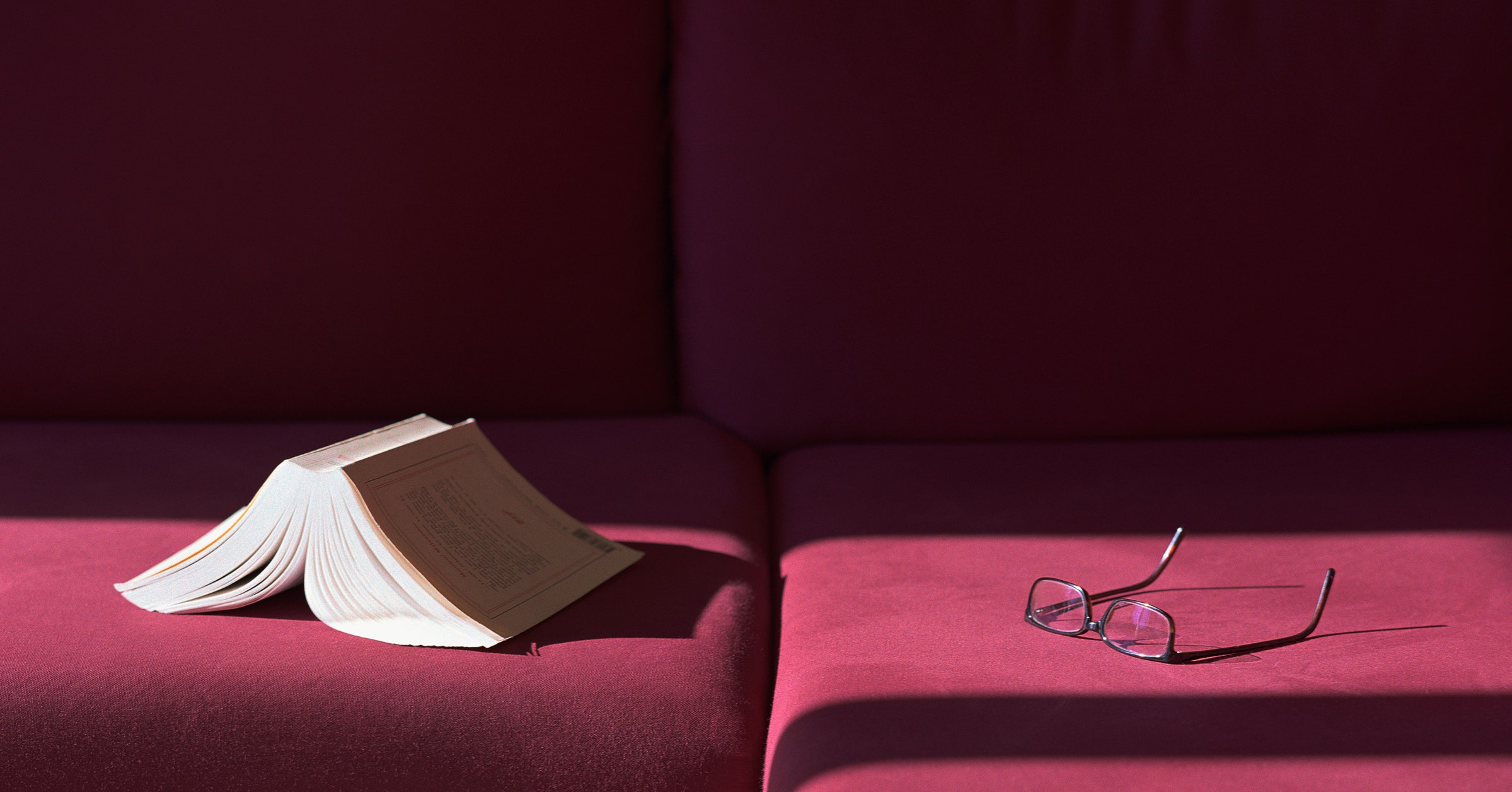 It was a book that drove me away from books. This wasn’t a trauma of distaste, or indulgence: not a literary bad mussel, not waking up on the floor of someone's house with a swimming head and the knowledge that I could never again be within smelling distance of their first editions. My aversion was borne of fear.

The fear took root in 2016—which, while decidedly not-great in general, was very much a great year for books. Especially fiction. Especially especially speculative fiction. Between new releases and neo-classics I finally got around to reading (*cough* American Gods *cough*), not to mention the WIRED Book Club, the year remains the most consistently pleasant span on my otherwise dusty and shame-ridden Goodreads page. The books were an escape. Early in the year I’d been fortunate enough to get the opportunity to write a book of my own, and responded by getting as far away from the project as possible, diving into imaginary worlds as though I could take up residence there.

Knowing the task I faced and my keen desire to avoid it, you'd think I would be able to find a balance. You'd think that once I settled into some sort of writing routine, that groove would accommodate pleasure reading. Not so much, as it turns out! Instead, books became daunting. I’d start a novel, and my focus would atrophy almost immediately. I’d get 100 pages in, or 60, or 20, and put it to the side. The reason was never dislike, but rather a host of other culprits. Seeing a published book, I’d remember that I wasn’t finished—and that I’d never be finished. I was consumed with the idea that I’d be intimidated by someone else's gift, that I’d subconsciously mimic another's voice. These weren't rational concerns so much as they were whispers of pettiness and self-doubt, the same ones that haunt us all in tiny ways; still, their small voices massed in a choir that out-sang any note a book could strike. (What made this sadder still is I was working on a nonfiction book. Novels should have been a DMZ for my insecurities, not an incubator.)

That’s how 2016 ended; that’s how 2017 passed; that’s how 2018 began. Somewhere along the way, I finished my book, and the cloud began to lift. I started going to bookstores again, taking pictures of covers and spines so I’d remember them later. I started buying novels once more. But while they helped me to think of myself as a reader again, they didn't get read. Instead, they stacked—on my coffee table, next to my bed, crowding the front page of my Kindle. As the BBC kindly pointed out recently, this was a textbook case of tsundoku: good-faith purchases that start as literature but become architecture. Turns out, though, that having a Japanese term for something doesn't make it feel any better.

Gaining traction again was a matter of steering into the skid. Sometimes you—OK, sometimes I—don’t need challenging prose or epic scope or shifting perspectives and unreliable narrators; sometimes you need a yarn.

Gaining traction again was a matter of steering into the skid. Sometimes you—OK, sometimes I—don’t need challenging prose or epic scope or shifting perspectives and unreliable narrators; sometimes you need a fucking yarn. Which, for me, means crime novels. My father sparked the habit by feeding me Robert B. Parker's Spenser books when I was a kid, and I've been a junkie ever since. Patricia Cornwell's innumerable books about forensics expert Kay Scarpetta; Andrew Vachss' series starring Burke, the child abuse survivor who took down creeps with extreme prejudice. I can't remember what introduced me to Jack Reacher, but I read the first eight of Lee Child's books about the ex-soldier-turned-do-gooder in rapid succession, never caring that by the fourth one I could see their templated structures like so many 1s and 0s in the Matrix. Donald Stark's Parker novels? God, yes, that’s the good stuff.

In 2018, the hit came courtesy of—who else?—Stephen King. Reading Amazon comments while considering an impulse buy of The Outsider, I saw someone mention that it was a cousin to King’s so-called Bill Hodges trilogy of detective novels. So I got the first, Mr. Mercedes. Two weeks later, I’d devoured all three. Where they great? They were not. Did I care? Not even a little. If story is the carbohydrate of fiction, King makes a mean baguette.

Besides, they’d given me at least a degree of mojo back. I was back in that place where I would look forward to reading, where I’d reach for a book instead of my phone. But instead of starting to scale my tsundoku mountain, I surprised myself by going looking for one of the novels I’d abandoned during my exile: Paul La Farge’s The Night Ocean, the fictional tale of a journalist who had gone missing after writing a book about H.P. Lovecraft's hidden gay affair. Crossing the hundredth page— the same one that had felled me more than a year before—I felt something in my chest settle. And when I got to the last page, I realized I’d found something more than a beautifully unresolved ending. I’d found a reckoning.

Look, I’m just gonna say it. Reading is hard. Not the act, but the pursuit. There’s always something else to do—something easier, something bigger or louder, something that makes you feel better, something that makes you feel worse. (Looking at you, social media.) But none of that changes the fact that we all want to be readers. That's why Goodreads elicits hope and inadequacy in equal measure; it’s why you keep that paperback in your bag even if you haven’t opened it since you bought it two months ago. And it’s why putting a book down unfinished creates a little scar tissue. I couldn’t do it, you think. I failed. Couple that with the ever-growing list of books you want to read, and the only choice is to march grimly on; looking back is grief.

Something happened when I went back to that fallen book, though. I found myself appreciating not just the rest of the book, but everything that had happened since the time I'd first closed it. It was story and sacrament in one, a healing that I never expected. So, instead of beginning one of the many new titles I'd amassed, I returned to the scene of the crime again. And this reunion—with Babylon's Ashes, the sixth book in the Expanse saga of sci-fi novels—was even sweeter.

With so much life waiting in my reading list, I'm ready to leave my other ghosts behind. But next time you put down a book, remember this: It's not you. It's not the book, either. (OK, maybe it's the book.) It's the timing. A year down the road, maybe more, that book might be just the thing you need. Maybe you need to grow into it; maybe it needs to grow into you. But you're not going to discover that connection if you pretend it never happened. Anything can drive you away from reading—but only a book will bring you back.

The Value of Social Network Data for Surrogate Decision Making