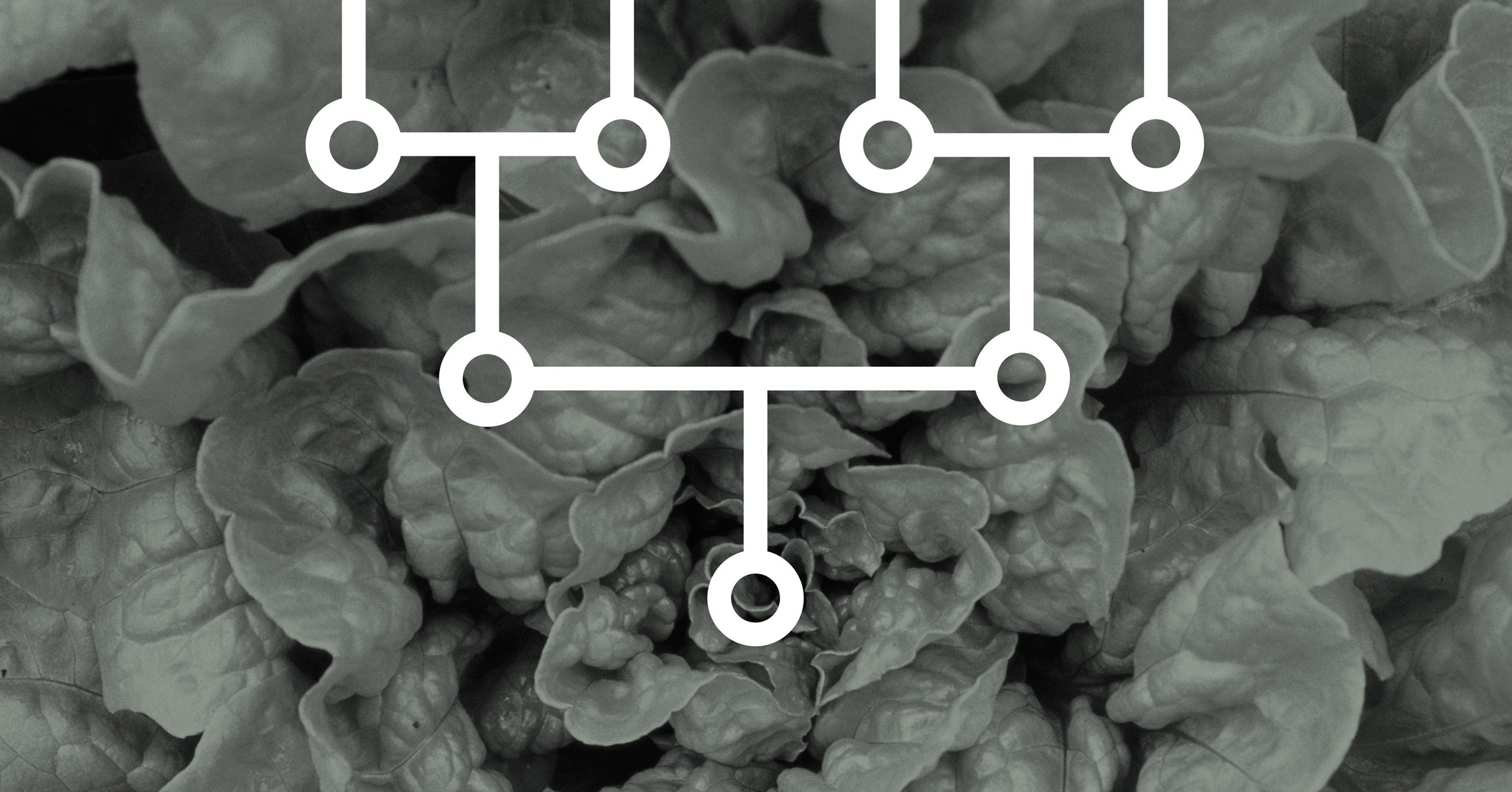 The earliest signs of the nation’s E. coli outbreak surfaced two weeks ago, when the health department in New Jersey discovered a cluster of sick people carrying a single strain of that bug. This wasn’t just any E. coli; it was O157:H7, a dangerous strain that produces toxins that destroy the lining of blood vessels. As of Friday, 98 people have been infected in 22 states; almost half of them have been hospitalized, and 10 have developed kidney failure. The culprit: romaine lettuce.

But tracking down the contaminated lettuce has proved challenging. At first, the Centers for Disease Control and Prevention told consumers to avoid prechopped romaine lettuce. Then it expanded the warning to any romaine grown in Yuma, Arizona, after discovering that eight sick men in an Alaska prison ate lettuce that arrived in intact heads. (In the winter, Yuma grows most of the leafy greens eaten in the United States, so many that the town holds an annual Lettuce Festival.) Investigators traced those heads to a Yuma business called Harrison Farms, but they haven’t been able reconstruct the path of the chopped lettuce that made people sick from Washington state to Louisiana to Connecticut.

Though the E. coli strain contaminated lettuce somewhere between farm field and salad bowl, the federal agencies can’t yet say where. It’s likely it will take them a while to find out—while more people fall ill and massive amounts of food get thrown away—because, in the United States, we do a terrible job of tracking the path our produce takes from farm to fork.

The technical term for a documented path is traceability. Other countries—for instance, Japan and the nations of the European Union—do this routinely. But in the United States, the procedures that might make our food supply more traceable have been caught in a tug of war between federal officials, who want to solve outbreaks more quickly, and growers and shippers, who are resistant to investing in technology they don’t think they need. Stic Harris, director of the outbreak response unit at the Food and Drug Administration, hinted at the persistent disagreements Friday afternoon in a call with reporters.

“When I walk into a grocery store and I look at a bag of lettuce and it says ‘Product of the USA,’ do I know it’s from Yuma? No. Do I know it’s from California? No,” he said. “That’s solved by more descriptive labeling, but in the end it is the industry’s call.”

The battle over produce traceability isn’t new. Policymakers began to get concerned about it after the 2001 anthrax-letter attacks showed how vulnerable the United States is to bioterrorism. Realizing that a biological-weapons attack easily could be executed via the food supply, the US Bioterrorism Act of 2002 made it mandatory for every business to keep “one up-one back” records, identifying the prior handler of a piece of fresh food and the place where it went next. If you went backward step by step through those records, the thinking went, you would be able to find a food’s source without burdening any single business with too much record-keeping.

It was a good goal, but the execution fell short. In 2009, the inspector general of the Department of Health and Human Services, parent agency of the FDA and the CDC, tried to verify how well US traceability was doing. It picked different 40 types of food to trace back but was able to find the origin for only five of them. The Food Safety and Modernization Act, signed in 2011, was supposed to improve things—but according to the federal call Friday, investigators are struggling. “Trying to find all those records, whether they be digital records or written records or handwritten records, is extremely tough,” Harris said.

When there are records, they aren’t necessarily granular enough to be useful. Amy Kircher, director of the Food Protection and Defense Institute at the University of Minnesota, gave me the example of a four-pack of tomatoes, the kind that come sealed with shrinkwrap into a plastic tray. “We assume those tomatoes come from the same source,” she said. But because tomatoes from many farms get commingled at packing houses and then sorted for similarity of ripeness, size and color, that four-pack could contain tomatoes from four different farms. And if you could decipher the four-pack’s barcode for the information it contains, you still wouldn’t learn where each of those tomatoes came from. What you’d get, Kircher said, is a lot number that tells you the day and shift when the four-pack was put together—and then, tracking further back, the identity of all the farms that sent tomatoes to the packing house on that day.

That still doesn’t tell you the source of the individual tomatoes you purchased—and leading food-safety lawyer Bill Marler says that you can only get even that far if producers were truthful about the path their produce took to the packing house. In fact, he said, there’s a fair amount of informal commingling on the way.

“Say Farmer A has an extra half load of romaine and Farmer B needs it to fill an order, A drives down the road and gives it to Farmer B,” he told me. “Or a distributor needs X amount of bags of chopped romaine to go to Panera, McDonald’s, Walmart, whatever. They are not running Farmer Bob’s lettuce through the chopper and then stopping and cleaning up and then doing Farmer Joe. They are running lettuce through until they have the size they need.”

Ideally, what’s needed is the equivalent of an RFID chip rubber-banded onto every head of lettuce or a barcode stuck on every tomato. But depending on labels to prove identity is tricky. They only work for foods that come through the supply chain whole, not for produce that gets peeled or sliced or chopped before sale. And think of how quickly you peel those sticky ovals off peppers and apples. It might take three days to learn the pepper made you sick—but the label that could launch a traceback might have gone down the garbage chute two days before.

It’s possible that the answer—and, yes, these days it’s held out as the answer to everything—might be blockchain. The distributed, encrypted ledger that supports cryptocurrency such as Bitcoin could also be used to build a record of every transaction that affects a piece of produce, from the person who picked it, to the truck that carried the pallet, to the table where it was dumped at the packing house and the wholesale shipment it joined on its way out the door.

The promise that blockchain poses for solving complex tracebacks led IBM, Walmart, and a handful of big food companies including Nestlé and Dole to invest two years ago in a pilot project. In one test, described at a shareholder meeting and then recounted in Fortune, a trackback of the paper and electronic records needed to prove the identity of a Walmart package of sliced mangoes took six days, 18 hours and 26 minutes. A parallel search on a batch of sliced mangoes logged through blockchain took two seconds.

Getting results that fast might help consumers figure out whether the food they already bought is safe to eat—and ultimately, save clean food from the garbage. But absent a massive industry commitment, blockchain for food tracing could fail at the same point where traceability fails now: at small farms that have more urgent priorities than hooking their harvest pallets to the Internet of Things.

“Right now, people are writing contracts with the equivalent of two brothers with 10 acres of mangoes in Mexico who haven’t taken their farm electronic,” Kirscher says. “It raises the question of how far back you can go.”

But the traceability improves, the outcome of outbreak investigations will be huge food waste. That only begins with the vast amounts of romaine being dumped right now; big national retailers such as Costco and Kroger are yanking lettuce and prepared salads from their produce sections, and one ready-to-eat salad maker has called back four tons of its products. Without more precise information about the source, this outbreak could damage sales of other lettuces also. In a parallel example, in 2006, the government identified bagged spinach from one packing house as a source of E. coli—but stores pulled all forms of spinach from their shelves, and it took a year for spinach sales to recover.

That kind of market damage—along with the likelihood of more illnesses—is what’s haunting investigators as they try to piece together the records that will solve this outbreak. To improve food safety, we need a stronger chain of data. A chain is only as strong as its weakest link.

100 US Mayors Sign Pledge To Defend Net Neutrality Against Crooked ISPs
Human brain cells can make complex structures in a dish—is this a problem?