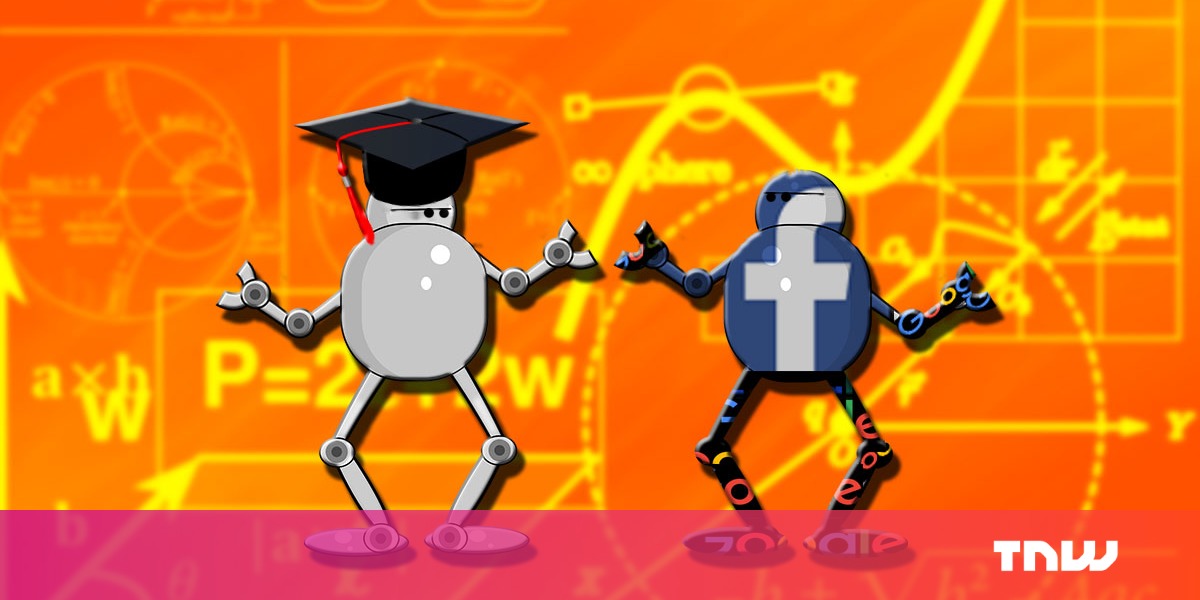 The field of artificial intelligence, to those on the outside, must appear to be an orderly gathering of intellectuals collaborating at the cutting edge of technology. It’s not. If you dig beyond the hyperbole of Elon Musk and the wonders promised by Google, there’s a number of gnashing dissenters who’re happy to toss shade at the entire industry. These people are called academics.

And, I’ll be up front, I think they have a point. But more on that later, for now let’s talk about Simon DeDeo.

You might not know who Simon DeDeo is, and that’s fine. Most people don’t know scientists in this field by name – ask the person next to you who Ian Goodfellow is. What’s important is that Simon’s an academic, and not just any old college know-it-all either: he’s a Carnegie Mellon guy with a PhD in Astrophysics. But, if we’re splitting hairs, DeDeo isn’t an AI guy. Still, I submit that his background makes him an expert, even if he’s not working in the field of machine learning.

DeDeo makes a perfect representative for the academic tribe because he’s passionate about the differences between corporate research centers and university labs, and he has more than a couple of opinions on the subject of machine learning.

Here’s a for instance: yesterday he tweeted “Machine learning is an amazing accomplishment of engineering. But it’s not science. Not even close. It’s just 1990, scaled up. It has given us, literally, no more insight than we had twenty years ago.”

That tweet, and dozens of others that seem just as radical to those of us who drool over news of big tech’s newest accomplishments in the field of deep learning, was part of an epic tweetstorm DeDeo sent out yesterday in response to a simple question.

What do you think of institutions like google brain, and other similar labs which employ research scientists? Wouldn't it be possible to do theoretical work there? https://t.co/rRhSzCWlre

Most of us would expect a bullshit softball answer like “I think there’s room for all sorts of research and everyone is great,” but that’s not what happened.

OK: following, my thoughts on Google Brain and similar institutions. Disclaimer: this is my opinion, as someone who doesn't need their funding, and has built a career without needing to flatter them. (An anti-disclaimer, if you will.) https://t.co/ASCp4fYHq0

The thread, which includes more than 30 tweets, is an unadulterated take down of the for-profit machine learning industry, with very specific barbs tossed at the Google Brain program and Facebook’s AI research division, FAIR.

In short: corporate "research" is a business proposition. Whatever true intellectual progress comes out of there happens in spite of management. Given how good these companies are at monitoring their employees, that gap is now miniscule.

And here’s one that made me say “Oh snap!”

Can you do cool research at Google Brain? Honest answer: no. You will be on the cutting edge of machine learning, yes—an engineering discipline whose basic goals are set by large corporations. But you will not be a scientist.

What he’s saying makes a lot of sense. After all, no matter how impressive neural networks are, they operate on principles that date back decades.

Perhaps the greatest good for humanity isn’t in fine-tuning algorithms that make people pay attention to Facebook at the expense of their mental health. Indeed, it’s worth wondering whether or not Dr. Fei Fei Li, Yann LeCun, and Ian Goodfellow (famous AI figures) wouldn’t be better off in an academic environment where they weren’t burdened with corporate decisions.

It was, at least to me, disappointing to see Dr. Li’s comments on Project Maven wherein she said, in an email to other Google Cloud employees, “Avoid at ALL COSTS any mention or implication of AI. Weaponized AI is probably one of the most sensitized topics of AI — if not THE most. This is red meat to the media to find all ways to damage Google.”

It’s easy to understand her reticence to have her work found out by the media, when viewed in the light of her corporate position. But, Google isn’t a science company, it’s an AI company – and that means profits come first. There are, almost certainly, more resources being put into Google Assistant than any cancer-fighting AI project out there. So, to some, it would seem Dr. Li isn’t a scientist, but a manager.

We shouldn’t view DeDeo’s comments as an attack on Google and Facebook, however. He’s not condemning capitalism as the enemy of education or leading a picket against big tech. No, at the risk of editorializing, I’ll say he’s fed up with watching bright-eyed students leave university, believing they’ll be able to change the world if they accept a position at FAIR, and finding out that the vast majority of what they do is tweaking advertising algorithms.

If you truly want to make a difference, says DeDeo, get a PhD and work at a university. But, what if you want to make money instead?

But if you want, at some point in your flourishing career, with your mind and your soul, to join the two-thousand year old parade of intellectual progress, you are not going to do it at Google. Certainly not at Facebook.

via The Next Web

Biometric bank cards are almost ready to be used by everyone

Subcutaneous Fitbits? These cows are modeling the tracking technology of the future