August 21, 2018 at 09:17PM Artsy AI-Generated Portrait Will be First-Ever Work at Auction Made By an Algorithm 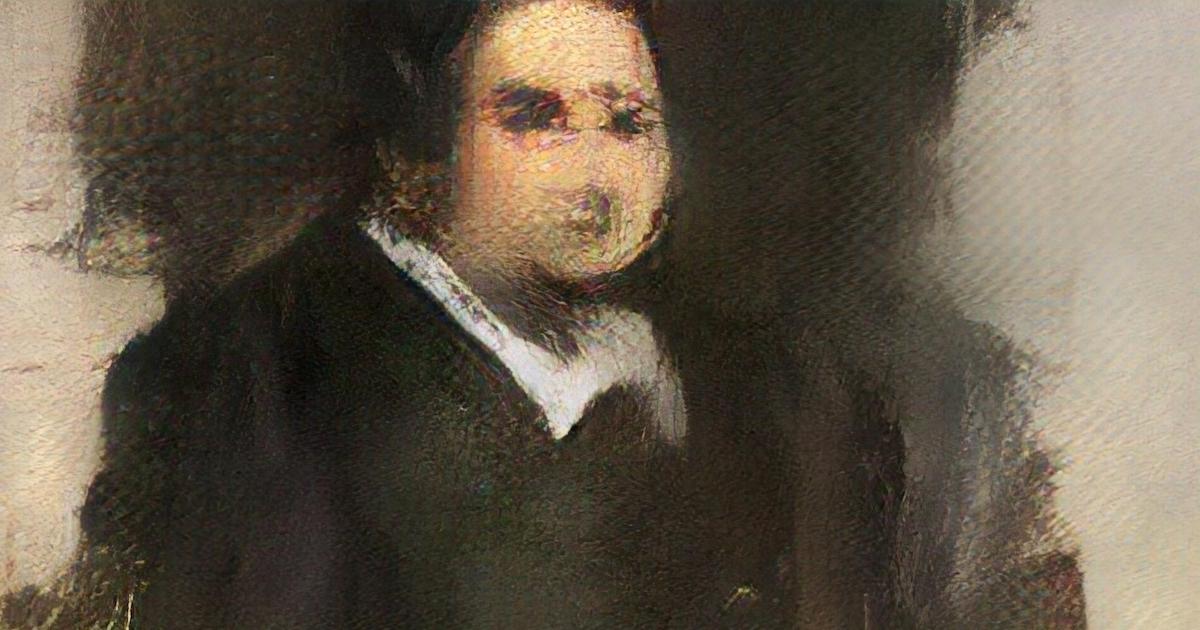 Christie’s is banking on an entirely new medium—artwork made not by a human, but by an algorithm.

In October, the auction house will try to sell a work by the French art collective Obvious that at first appears to be a somewhat murky depiction of a man wearing the vestments of a preacher, with various parts of the canvas left unfinished, stylishly so, by its creator. But rather than conscious decisions made by an artist and enacted by her or his hand, these choices were made by artificial intelligence. The collective created an algorithm, and the work of art was made by a computer.

In a story on Christie’s website, Obvious laid out its process, describing how the collective created the world’s first work of AI-generated art to be sold at auction. The group calls the method GAN, which stands for Generative Adversarial Network.

“The algorithm is composed of two parts,” Hugo Caselles-Dupré, a member of the Obvious collective, told Christie’s. “On one side is the Generator, on the other the Discriminator. We fed the system with a data set of 15,000 portraits painted between the 14th century to the 20th. The Generator makes a new image based on the set, then the Discriminator tries to spot the difference between a human-made image and one created by the Generator. The aim is to fool the Discriminator into thinking that the new images are real-life portraits. Then we have a result.”

The fact that the work—which is titled Portrait of Edmond Belamy, though there is no Edmond Belamy—is in the sale at all may rankle purists who think that the world’s great auction houses should stick to selling art made by, well, artists, and not computers. But the Generative Adversarial Network print on canvas looks unnervingly like a contemporary interpretation of, say, 17th century portraiture, and Richard Lloyd, the Christie’s specialist who organized the sale (scheduled for October 23–25 in New York), thinks that AI-generated art could be the next medium for the art market to embrace.

“It is a portrait, after all,” Lloyd said. “It may not have been painted by a man in a powdered wig, but it is exactly the kind of artwork we have been selling for 250 years.”

The psychosocial toll of our increasingly online lives