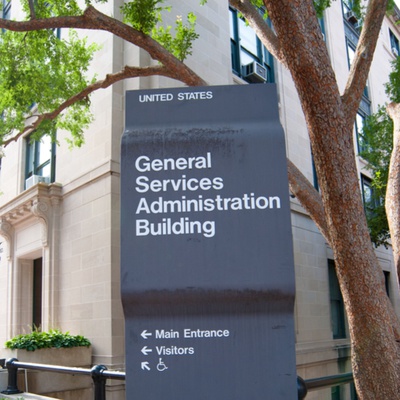 She will take over as acting director of Technology Transformation Services, the GSA component that manages a wide-ranging portfolio of government IT initiatives, a GSA spokesperson confirmed to Nextgov.

Olson, who has served as the TTS chief of staff since March, will take the reins following the departure of Joanne Collins Smee. When she starts the new gig on Aug. 27, Olson will become the fourth person to lead TTS since its inception in 2016. Olson will also assume the role of deputy commissioner of the Federal Acquisition Service, the spokesperson said.

As interim director, Olson will oversee a slew of federal IT efforts, including FedRAMP and 18F, GSA’s interagency tech consulting and acquisition group.

In addition, she will lead the Centers for Excellence program, one of the Trump administration’s most important tech initiatives.

The CoE effort is a two-phase approach to IT modernization launched last year. The Agriculture Department is the pilot agency for the program, and earlier this month the agency began fielding bids to modernize several critical IT areas: cloud adoption, infrastructure optimization, customer experience, service delivery analytics, contact centers and program management.

Should the CoE effort prove successful, other agencies are expected to duplicate the approach, underlying its importance for the administration.

In an exit interview with Nextgov, Smee said GSA plans to announce the next agency to host the program by October.

PSA: Automatic cross-posting of tweets to Facebook no longer works as of today