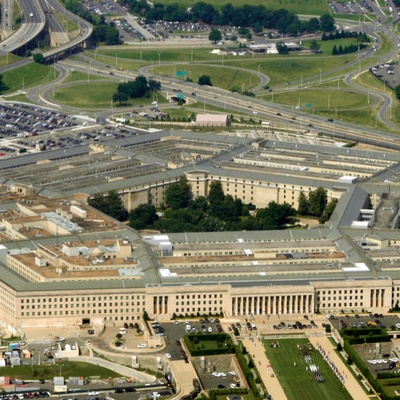 The Defense Department’s new reform chief plans to use data and IT to map the future of the department as his office looks at overhauling decades-old processes and functions.

Jay Gibson, who became the department’s first chief management officer in February, joined Nextgov for an exclusive interview to discuss reform efforts and the big data and IT mandates Congress has put on his new office. Gibson’s teams plan to look for cuts and efficiencies throughout the department, including in his own backyard.

The chief management officer position was initially conceived in the 2008 National Defense Authorization Act but later reduced to a deputy role, with the duties assigned to the deputy secretary of defense. The 2017 NDAA reinstated the CMO—with a standalone office—as central to the Pentagon’s reform efforts and also shifted some IT duties that were previously under the purview of the chief information officer.

“It is rather substantial, but we’re willing to take that on,” Gibson said of his wide-ranging responsibilities. “Of course, it requires alignment across the department and, certainly, collaboration and integration, and that’s exactly how we’re approaching it.”

Four months into the job, Gibson said his office is still in the early stages of its reform efforts.

“We’ve started to have some informal conversations within the various aspects of the fourth estate and the military departments,” he said, referring to the back-office support agencies—collectively called the fourth estate—and military branches. “This summer is when we’ll really be kicking this off more in a formal process.”

That process begins with nine teams, each tasked with collecting data on their subject areas and proposing specific projects that can improve operations across the department. Those teams are focused on: information technology; contracting for common goods and services; logistics and supply; health care; financial management; tests and evaluation; community services; human resources; and real property.

Lawmakers made the collection and use of data to drive reform decisions a prime focus for the CMO role, something Gibson agreed is “foundational” to making the reform efforts effective.

However, while good data is necessary, that doesn’t always mean the data is good. Gibson said his office is working to clean up the data it’s ingesting to ensure sound decision-making. That work will happen organically, he said, as the various mission-area teams work to identify the data they need and coordinate to ensure the quality of that data.

Those teams are expected to wrap their work by December 2019.

Among the decisions to be made will be how to curtail the fourth estate agencies—a mandate making its way through the current-year NDAA. Under current language, Gibson’s office would have until January 2021 to cut operational spending on logistics, human resources, contracting and property management by 25 percent and close the Washington Headquarters Service.

“In spirit, we’re aligned with where [Chairman Mac Thornberry, R-Texas] is going with this,” Gibson said. “Any time you look at efficiencies across the enterprise, you have to be willing to look at the corporate headquarters. And then, frankly, from a credibility standpoint, the fact that I’m a part of [the Office of the Secretary of Defense], I think it says I have to be willing to look at our own organization, as well.”

While Gibson said there are no “sacred cows”—no agency or office immune to cuts—the mission itself is sacred, as are many of the support functions. The trick will be finding the right way to organize these functions in a modern enterprise structure.

“Many of these defense agencies and field activities have very relevant missions. The question is: where do they fit; where do they best fit; is there potentially duplication, overlap; is there an area that it can be done more efficiently and effectively?” he said. “How we execute it is something we’re about to begin and we’ll let the data tell us where to go with it.”

Where those missions end up is still up in the air. When prompted, Gibson said his office will look at several options, including centralizing certain critical functions from multiple activities into a single office or decentralizing some missions out to the branches.

“We may find that there’s centers of excellence in doing a mission, providing a service that may have existed and developed in a [military] service. If we can leverage that across the enterprise, then to take the time and effort to stand up something new to accomplish that is just inefficient. We’re willing to look at taking the entire enterprise into the equation.”

During the half-hour interview, Gibson also discusses the important role of IT in reform efforts—including making sure it isn’t used “to accelerate a bad process”—and touches on the major cloud contracts in process and the “evolving” Cloud Executive Steering Group.

“Let’s not forget: The mission comes first. Our goal is to say, ‘How do we execute the mission, retain the mission, do it in the most efficient, effective way,’ and then, what can we do to make that more robust,” he said. “But it’s ‘do no harm.’”

The 6 components of Open-Source Data Science Ecosystem; Did Python declare victory over R?

Melinda Gates has sharp words for the VC industry: Enough with your love for ‘the white guy in a hoodie’