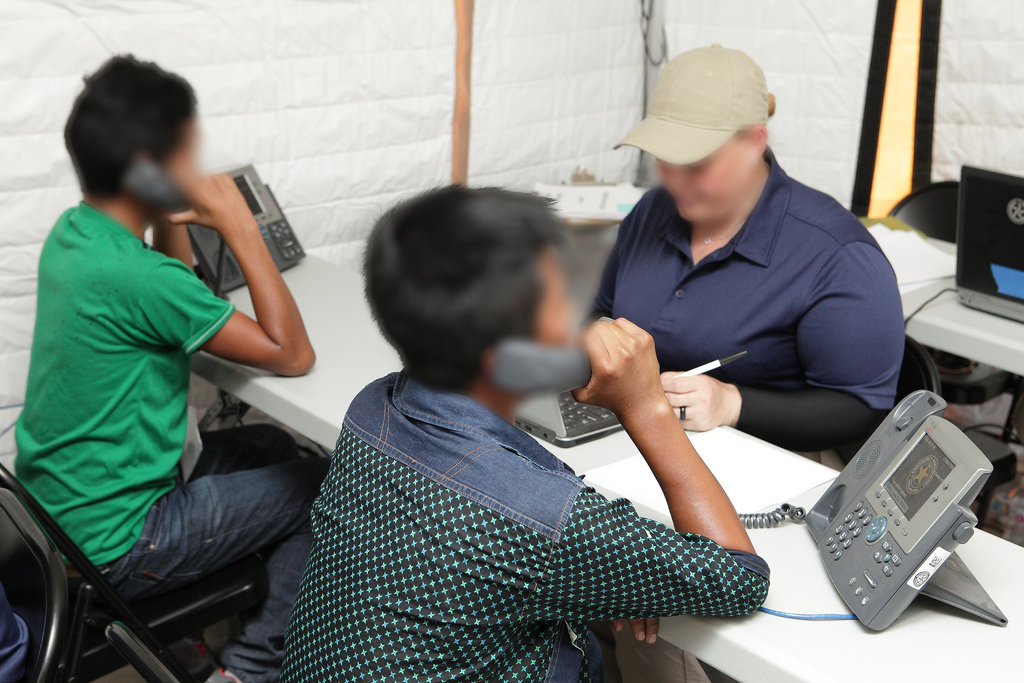 The Department of Health and Human Services says it’s using DNA tests to help reunite 3,000 illegal immigrant children separated from their parents—but won’t say who is doing the tests.
The situation: The agency is under an order from a US. federal district court to reunite alien minors under 5 years old with their parents. It says DNA tests are a fast way to do it.

The background: Immigrants frequently pay for DNA tests to establish they’re related to someone in the US. However, genetic tests have never been used to untangle a mass round-up like this one.

Ethical problems: Testing a child’s DNA requires consent of their parent or guardian. Without knowing who the children’s parents are, it’s unclear how the US government can obtain that consent. “If a child can’t verbalize who their parent is, DNA is an excellent way to find out,” says Michael Baird, chief science officer of DNA Diagnostics Center, a testing company based in Ohio. “But I don’t know how a child under 5, or even over 5, can legally consent to a test.” Nevertheless, federal law states that unaccompanied kids in HHS’s custody are the agency’s responsibility, and it can place them in foster homes and make medical decisions for them. That could include taking their DNA.

How the tests work: Identification tests look at a dozen genetic markers calls short-tandem repeats, or STRs. They’re the same kind used in paternity disputes and by police. STRs don’t contain any health information. The government says the testing results on immigrants will be discarded later.

Results so far: According to the HHS, some people claiming to be parents aren’t really—and a few have already admitted it when asked to take a DNA test. On July 10, the agency said 34 parents had already cleared a criminal check and taken a DNA test linking them to their kids.

The mystery: The HHS has refused to say who is performing the tests for HHS. Although the DNA tests themselves are mostly infallible, the logistics of keeping track of everyone’s samples isn’t. A mix-up could lead to the US deciding a parent and child aren’t actually related.

via New on MIT Technology Review

Could better learning from feedback ward off psychosis?